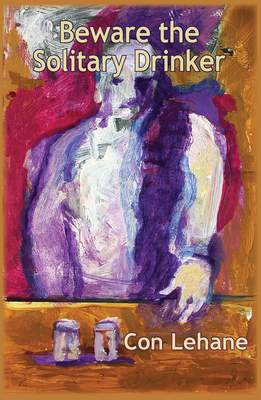 Brian McNulty, veteran bartender at Oscar's on the Upper West Side, respects his customers' privacy. And their space. But when a tarnished but innocent young woman seduced by New York's bright lights and glitter is murdered and another battered innocent charged with killing her, he reluctantly begins his own investigation. Brian's commitment to the chase is given a boost with the arrival of the dead girl's sister, a young Massachusetts businesswoman, determined to uncover the killer. While she's put off by Brian's jaded attitude and offbeat lifestyle, she comes to rely upon his familiarity with the city's darker underside, including a cadre of neighborhood cronies. Politically leftist and a dedicated union man, Brian learns that when you dig into people's lives, rich or poor, you find things kept hidden for good reason. By stirring up these ghosts, you change the shape of the landscape and put your friends, your customers, and yourself in harm's way. This debut novel is perfectly wrapped in original art by Fritz Scholder. Con Lehane grew up in the suburbs of New York City and currently writes from just outside of Washington, DC, where he lives with his wife and two sons. Once a college professor, union organizer, and bartender, Lehane is now an editor at the National Education Association. He holds a Master of Fine Arts degree in fiction writing from Columbia University School of the Arts. www.conlehane.com.

Praise For Beware the Solitary Drinker…

"Brian’s bar-focused outlook (the author was a former bartender), the bar “family,” and an abundance of booze, drugs, and sex make for colorful reading."  -- Library Journal

" Set in 1983 but timeless in its depiction of men and women struggling to cope with whatever demons beset them, Lehane's assured debut merits a warm welcome from readers who prize originality and insight."    -- Publisher's Weekly

"Lehane’s narrative vividly evokes a melancholy city in decline, and a sullen man who, when forced to act, rises above the alcoholic despair that surrounds him."  -- Alfred Hitchcock's Mystery Magazine

"Any New Yorker will realize that the story line is an actual portrayal of life in the Big Apple (at least the Manhattan borough). BEWARE THE SOLITARY DRINKER has much to recommend it."  -- Midwestern Book Review

Cornelius Lehane is a writer and editor for the United States' largest teachers union, the National Education Association. In other incarnations, he's been a college professor, a union organizer, and, yes, for more than a decade, a bartender. After spending most of his life in and around New York City, he now lives in a close-in suburb of Washington, DC with his wife, two sons, and an assortment of pets. He holds a Master of Fine Arts degree in fiction writing from Columbia University School of the Arts. A slightly different version of Beware the Solitary Drinker was published in France by Rivages/Noir this past spring.
Loading...
or
Not Currently Available for Direct Purchase