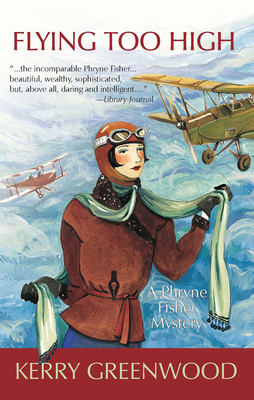 Walking the wings of a Tiger Moth plane in full flight would be more than enough excitement for most people, but not for Phryne--amateur detective and woman of mystery, as delectable as the finest chocolate and as sharp as razor blades. In fact, the 1920s' most talented and glamorous detective flies even higher here, handling a murder, a kidnapping, and the usual array of beautiful young men with style and consummate ease. And she does it all before it's time to adjourn to the Queenscliff Hotel for breakfast. Whether she's flying planes, clearing a friend of homicide charges, or saving a child, Phryne does everything with the same dash and elan with which she drives her red Hispano-Suiza.