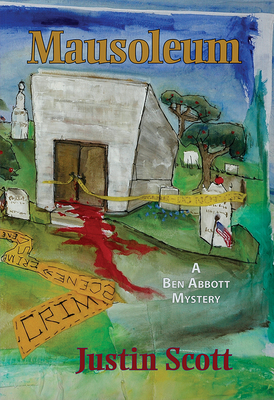 When Newbury, Connecticut's three hundred year old village cemetery is invaded by a gaudy, half-million dollar mausoleum, Ben Abbott is not happy.
Newcomer Brian Grosess tall, wide, mirror-polished eruption of eternal ego sticks out in the peaceful burying ground like a McMansion in an apple orchard. Bens fellow drinkers at the bar have nicknamed the monstrosity, McTomb. But no one expected to find Brians body locked in his mausoleum, fifty years ahead of schedule.
Then Homeland Security Immigration Criminal Enforcement agents descend on Newbury hunting for Charlie Cubrero, an illegal immigrant farm handand supposed gang leaderwho bought a gun after he was stiffed for fifty bucks by Brian Grose.
Ben Abbott doesnt buy it. Half the town was in the graveyard celebrating Newburys tercentennial when Brian was shot and most of them were mad at him. Besides, Ben admires the hard working Charlie. And he fears that the news that the illegal worked for the Village Cemetery Association will destroy the venerable society already torn asunder by suing and counter-suing anti-mausoleum traditionalists and pro-mausoleum insurgents.