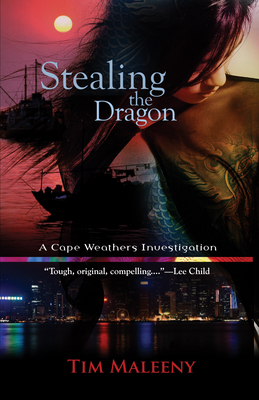 Soon after an ancient talisman is smuggled out of Hong Kong, a container ship filled with Chinese refugees runs aground on Alcatraz, the crew murdered. The Chinese Triads suspect one of their own, a female assassin named Sally known to have complex relationships with a San Francisco detective named Cape Weathers. But when Sally goes missing, Cape becomes the focus of the Triad's attention, and soon the FBI have him on their radar. Cape quickly realizes he's screwed if he doesn't find out what really happened on board the ship.

Praise For Stealing the Dragon…

"Readers will want to see more of Cape and Sally."—Library Journal

Tim Maleeny is a San Francisco-based writer whose short stories appear in DEATH DO US PART, an anthology from Mystery Writers of America edited by Harlan Coben, and also Alfred Hitchcock's Mystery Magazine. "Stealing the Dragon" is the first in an ongoing series featuring private eye Cape Weathers and his deadly companion Sally.
Loading...
or
Not Currently Available for Direct Purchase