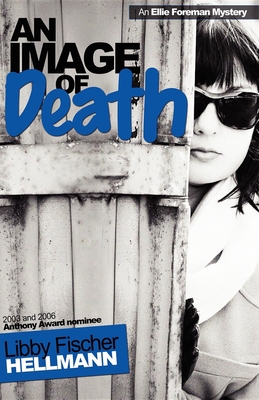 An Image of Death

Who knew that a career in video documentaries could lead to crime? Such is the fate of Chicago's Ellie Foreman whose shoots hook her up with misdeeds past and present. Here she is producing a video about foster children that's being financed by a successful Chicago real estate developer. Her plans get thrown for a loop when a mysterious package appears at her door one winter night. Inside she finds a surveillance video showing the murder of a young woman. Who was this woman and what is her connection to Ellie? The cops shunt her aside, but the urgency she feels to find answers, coupled with her professional knowledge of film, compel her to sleuth despite the difficulties borne from a complex history with her lover, David. A little digging reveals that the murder victim was a courier with a dark history forged in Eastern Europe at the time of the Soviet Union's collapse. And a little more digging reveals dark happenings here at home, money laundering, and the deadly price of dealing in diamonds....

This dangerous case for Ellie follows 2002's Anthony-nominated An Eye for Murder and the 2003 Picture of Guilt, all three published in hardcover by Poisoned Pen Press and in paperback by Berkley Prime Crime.


Praise For An Image of Death: An Ellie Foreman Mystery…

"Chicago is fortunate to have a number of fine mystery writers who use the city to good effect in their novels. One of the best is Libby Fischer Hellmann, whose latest whodunit, An Image of Death, once again calls Chicago home.

When someone drops a videotape showing the murder of a young woman on filmmaker Ellie Foreman's doorstep, her outrage and curiosity are aroused, and she pledges to discover the victim's identity and help bring her killers to justice.

What Foreman discovers, however, is that there are some very dangerous people behind the murder and they're willing to kill again and again to protect their identities.

Not only has Hellmann created a compelling group of believable characters, but the mystery she places them in is likewise plausible and engrossing. An Image of Death is highly recommended, even if you don't live in Illinois."   -- David Montgomery, Chicago Sun-Times of An Image of Death

“With her somewhat disreputable past, Foreman comes across as a complex and flawed heroine, who grapples with issues as large as murder and as mundane as an overdue visit to her father. Foreman’s pluck and grit married to Hellmann’s solid storytelling should win a growing audience.” –Publishers Weekly of An Image of Death     “A chilling subject matter, intriguing psychological suspense, and disturbing Eastern European connections recommends this to most collections.” –Library Journal of An Image of Death