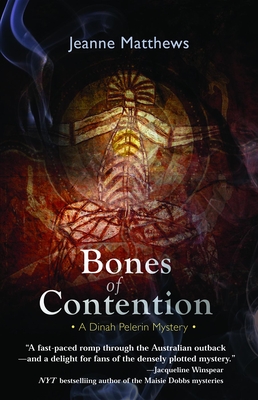 The Top End of Australia is a land teeming with crocodiles, poisonous snakes, and curious Aboriginal myths. It's a strange place to choose to end one's life, but that is what Dinah Pelerin's wealthy American uncle has done. Dying of cancer, he has summoned his entire family - current wife, ex-wife, assorted children and niece - to a remote, comfortless lodge where he intends to rewrite his will and commit suicide with the aid of a rogue Australian physician with whom he shares a mysterious history.

Dinah sees this time with her uncle as a last chance to learn the truth about her father, who died during the commission of a felony when she was a child. But when she arrives, she discovers that the truth has more and darker ramifications than she'd bargained on. Her artist brother thinks he's possessed by the spirit of snake god who is moving his hand metaphysically across the canvas; her uncle, who isn't really her uncle, is obsessed by a woman he married but could never possess; the rest of the family is seething with resentments; and a man none of them claims to know is murdered on a nearby island, impaled on the back of a sea turtle. A wannabe anthropologist with a passion for mythology, Dinah tries to sort out the complicated song lines of her own ancestors while struggling to understand Dreamtime and solve not one, but two bizarre murders. The Aboriginal concept of payback law takes on a terrible new meaning.

“Jeanne Matthews' Bones of Contention has it all:  clever plotting, corkscrew twists, and lively, entertaining characters.  And then there's the bonus of the Australian locale— and lingo—both of which are laid out for us with verve and wit.  What Matthews has done, and done cleverly, is to take that most traditional and charming of murder-mystery settings, the country-house party, fill it with Americans instead of Brits, plop it down in the wilds of Australia's Northern Territory, and invest the whole thing with an unmistakably modern sensibility. It's a first-rate debut, and that's the dinki-di.”         – Aaron Elkins, Edgar-winning author of Old Bones
"Bloody murder in a country house in the Ozzie outback, featuring the most dysfunctional family since Cold Comfort Farm...”     -- Dana Stabenow, Edgar-winning author   "Jeanne Matthews breaks out of the gate with her first novel, Bones of Contention, a fast-paced romp through the Australian outback - and a delight for fans of the densely plotted mystery."           – Jacqueline Winspear    “Bones of Contention is set in a part of Australia we rarely get to see. When a family gathers around its aged patriarch on the eve of his physician-assisted suicide, the most vibrant one in the room is the patient, and he may not be the first one to die. That’s just for starters, and what will keep you going is the smart, witty and appropriately acerbic voice of Dinah Pelerin, a most welcome addition to the ranks of fictional detectives.”        – Stephen Greenleaf, Edgar-nominated author of the John Marshall Tanner detective series.   “In this launch of a new international cozy series, Matthews places a refreshingly original female sleuth into a maelstrom of lies and deceit.”        –Library Journal

The author was born and raised in Georgia. She graduated from the University of Georgia with a degree in Journalism and has worked as a copywriter, a high school English and Drama teacher, and a paralegal. She currently lives in Renton, Washington with her husband, who is a law professor, and a West Highland terrier, who is a prima donna.
Loading...
or
Not Currently Available for Direct Purchase