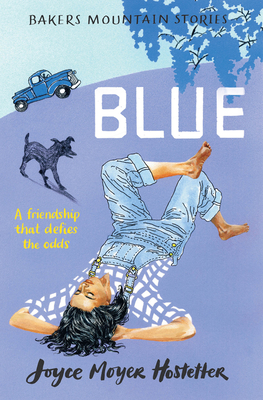 With her father on the frontlines of World War II, a young girl gains strength by joining her community’s battle against the 1944 polio epidemic

Ann Fay Honeycutt accepts the role of “man of the house” when her father leaves because she wants to do her part for the war. She’s doing well with the extra responsibilities when a frightening polio epidemic strikes, crippling many local children.

Her town of Hickory, North Carolina responds by creating an emergency hospital in three days. Ann Fay reads each issue of the newspaper for the latest news of the epidemic. But soon she discovers for herself just how devastating polio can be. As her challenges grow, so does her resourcefulness. In the face of tragedy, Ann Fay discovers her ability to move forward. She experiences the healing qualities of friendship and explores the depths of her own faithfulness to those she loves—even to one she never expected to love at all.

Based on the “Miracle of Hickory” Hospital in Hickory, North Carolina, Blue is at once a fascinating history of the 1944 polio epidemic and an inspiring coming of age tale for young and adult readers.

"The intriguing history of the illness and the powerful first-person voice will propel readers through to the novel's deeply satisfying conclusion." —Booklist

"Chock full of life, history and character development. . . . The subject of polio is a rare one in children's fiction, and these characters and their story are worth getting to know." —Kirkus Reviews

"This fascinating book will keep the reader captivated until the very last page." —Children's Literature

Joyce Moyer Hostetter is the author of Best Friends Forever. She received a BA in early childhood education at Lenoir Rhyne College in Hickory, North Carolina. Since then, she has continued her studies on the graduate level in special education at the University of North Carolina, Charlotte, and art at James Madison University in Harrisonburg, Virginia. She lives near Hickory.
Loading...
or support indie stores by buying on