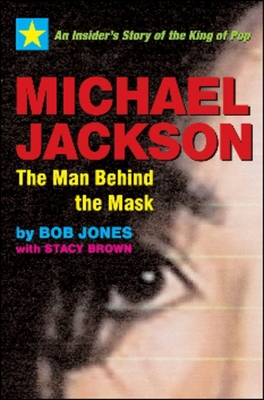 The Man Behind the Mask: An Insider's Story of the King of Pop

'Michael Jackson: The Man behind the Mask' is the INSIDE STORY of the truth behind the rumors, ugliness and mystery surrounding Michael Jackson.Is Jackson just a confused person who got too much fame too soon or is he a cold and calculating villain who will stop at nothing to have his bizarre appetites satisfied? Now you can read about it for the first time from the man who knows everything!The author, Bob Jones, is not a journalist conducting interviews but somebody who has known and been with Jackson for 34 years as his chief of Public Relations; by his side since Michael was 11 years old. Bob Jones is the one person with this unique inside view of Michael Jackson's world. To a certain degree, Bob Jones CREATED Michael Jackson. He created his image. For example, Bob Jones created Michael Jackson's famous nickname The King of Pop.This book is explosive and will make any other book about Michael Jackson instantly forgotten. You won't find this inside information anywhere else.

Bob Jones is a huge figure behind the scenes of American pop music. Joining Motown in 1970 as a publicity manager, he created the media campaigns for artists including the Supremes, Lionel Richie and DeBarge. When Michael Jackson formed a communications division of his own company, he picked Jones to head it. In 1995, BET saluted Jones with a prime-time documentary tribute.

Stacy Brown is journalist who has worked for the Daily News of Los Angeles, the L.A. Times, Gannet and the Times-Tribune and has contributed to the Pocono Record, the New York Times and the New York Post where he frequently contributes to Page Six. Television news opportunities have included: NBC, MSNBC, Scarborough Country, the Abrams Report, Today, Good Morning America, NBC Nightly News, Imus in the Morning and Anderson Cooper 360. Radio programs like the Wendy Williams Experience, Tom Joyner Morning Show and the Howard Stern Show have also provided Stacy with the chance to share his views.

Brown is also the co-author (with Michael Jackson publicist, Bob Jones) of the Michael Jackson exposé, Michael Jackson: Man behind the Mask. He is frequently called upon for commentary on current events relating to Jackson and the Jackson family.