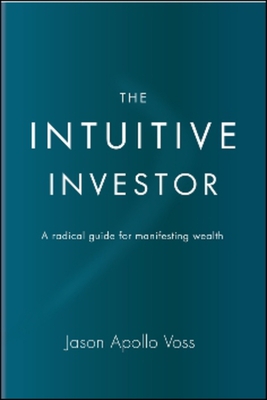 A radical guide for manifesting wealth

On October 21, 2004 Jason Apollo Voss had a true epiphany: there was going to be a near-collapse on Wall Street and he should retire to exclusively pursue a spiritual practice. In electing to honor his vision he gave up a career in which the mutual fund he co-managed bested the NASDAQ by 77.0%, the S&P 500 by 49.1%, and the DJIA by 34.9%. Most of this success came from a detailed, scientific understanding of the right brain and its capacity for creative and intuitive thought. These secrets and their real world application are the specific focus and passion of the Intuitive Investor. Much more than just a book about investing, The Intuitive Investor is also a guide to healthy, mindful living. Scarcely have money, mind and spirit been brought together so potently.

Before retiring at age 35, Jason Apollo Voss was Portfolio Manager for the Davis Appreciation & Income Fund, one of the nation's largest money-management firms and among the largest shareholders for several familiar brands. During his tenure he bested the NASDAQ, S&P 500 and DJIA by staggering percentages. Lipper Analytical Services named Jason a Lipper Leader and he was ranked #1 in his investment category. Jason was also a regular a Morningstar Analyst Pick.
or
Buy Here
Copyright © 2020 American Booksellers Association