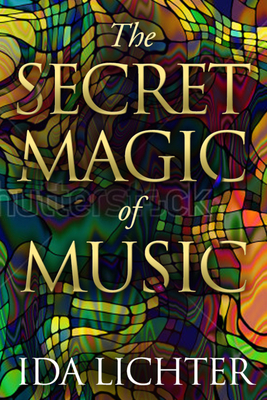 The Secret Magic of Music (Paperback)

Great music has the power to transform. Understanding and appreciating classical music can enlighten, uplift, and educate not only the intellect but the soul. In The Secret Magic of Music, classical music devotee and psychiatrist Ida Lichter uncovers a more accessible side of music. By providing the performers’ insights, Lichter provides a special look into how great music can bring happiness and spiritual meaning to its listeners.

The Secret Magic of Music is a collection of thought pieces based on interviews with the foremost conductors and performers of chamber music. It is organized by performing artist and is intended to provide each musician’s perception of classical music’s value and social function. As the journey from the score to the listener takes place, Lichter reveals how each performer’s passion, dedication, and outstanding talent affects their lives, their performances, and their listeners. Lichter explores why classical music is often considered unpalatable to the casual listener, how it can have the power to heal, its function in therapy, among other loaded questions.

Not only does The Secret Magic of Music enrich the experience of music lovers, it introduces new listeners to classical music’s pleasures, mysteries, and transformational potential. Music has the ability to cross cultural borders and span personal difference, to unite people on common ground they might otherwise never find. The importance of passing on the appreciation of our musical heritage to the next generation is real. To lose it would be inexcusable.

Ida Lichter is a psychiatrist based in Sydney, Australia. She has been involved with music for most of her life and studied piano performance and theory before taking up a career in medicine, specializing in psychiatry. An interest in performance anxiety led her to work in the field of therapy for musicians who were trying to master symptoms inhibiting their ability to play in public.

For many years she lived in London, and together with her family, was intimately involved with Wigmore Hall, one of the world’s leading venues for the performance of chamber music.

She is a founder and director of Music In The Hunter chamber music festival, inaugurated in 1991 to commemorate the bicentenary of Mozart’s death. It takes place in the Hunter Valley wine-growing district of New South Wales, Australia, and celebrated its twentyfourth successful year in 2014. Members of the Goldner String Quartet, who are the core performers, have played at every festival, together with guest artists. Audience numbers are limited in order to maintain an intimate, collegial atmosphere.

Dr. Lichter is committed to enhancing audience enjoyment of music and exploring the links between music and other specialties, such as art, architecture, wine, and jewelry in the ancient world.

Evgeny Kissin was born in Moscow in October 1971 and began to play by ear and improvise on the piano at the age of two. At six years old, he entered a special school for gifted children, the Moscow Gnessin School of Music, where he was a student of Anna Pavlovna Kantor, who has remained his only teacher. At the age of ten, he made his concerto debut playing Mozart’s Piano Concerto K. 466 and gave his first solo recital in Moscow one year later. He came to international attention in March 1984 when, at the age of twelve, he performed Chopin’s Piano Concertos 1 and 2 in the Great Hall of the Moscow Conservatory with the Moscow State Philharmonic under Dmitri Kitaenko. This concert was recorded live by Melodia, and a two-LP album was released the following year. During the next two years, several Kissin performances in Moscow were recorded live and five more LPs were released by Melodia.

Kissin’s first appearances outside Russia were in 1985 in Eastern Europe, followed a year later by his first tour of Japan. In 1987 he made his West European debut at the Berlin Festival. In 1988 he toured Europe with the Moscow Virtuosi and Vladimir Spivakov and also made his London debut with the London Symphony Orchestra under Valery Gergiev. In December of the same year he performed with Herbert von Karajan and the Berlin Philharmonic in a New Year’s concert which was broadcast internationally, with the performance repeated the following year at the Salzburg Easter Festival. Audio and video recordings of the New Year’s concert were made by Deutsche Grammophon.

In 1990 Kissin made his first appearance at the BBC Promenade Concerts in London and that same year made his North American debut, performing both Chopin piano concertos with the New York Philharmonic conducted by Zubin Mehta. The following week he opened Carnegie Hall’s Centennial season with a spectacular debut recital, which was recorded live by BMG Classics.

Musical awards and tributes from around the world have been showered upon Kissin. In 1987 he received the Crystal Prize of the Osaka Symphony Hall for the best performance of the year 1986 (which was his first performance in Japan ). In 1991 he received the Musician of the Year Prize from the Chigiana Academy of Music in Siena, Italy . He was special guest at the 1992 Grammy Awards Ceremony, broadcast live to an audience estimated at over one billion, and became Musical America ’s youngest Instrumentalist of the Year in 1995. In 1997 he received the prestigious Triumph Award for his outstanding contribution to Russia’s culture, one of the highest cultural honors to be awarded in the Russian Republic , and again, the youngest-ever awardee. He was the first pianist to be invited to give a recital at the BBC Proms (1997), and, in the 2000 season, was the first concerto soloist ever to be invited to play in the Proms opening concert. In May 2001 Kissin was awarded an Honorary Doctorate of Music by the Manhattan School of Music. In December 2003 in Moscow, he received the Shostakovich Award, one of Russia ’s highest musical honors. In June 2005, he was awarded an Honorary Membership of the Royal Academy of Music in London . He was recently awarded the 2005 Herbert von Karajan Music Prize.

Mr. Kissin’s recordings have also received numerous awards and accolades, having contributed significantly to the library of masterpieces recorded by the world’s greatest performers. Past awards have included the Edison Klassiek in The Netherlands, Grammy awards, and the Diapason d’Or and the Grand Prix of La Nouvelle Academie du Disque in France.


Praise For The Secret Magic of Music: Conversations with Musical Masters…

"Where would Western civilization be without music? A response to this question is presented in this title by psychiatrist Lichter (Muslim Women Reformers: Inspiring Voices Against Oppression). Focusing on classical musicians, Lichter interviewed 35 professionals—conductors, instrumentalists, vocalists, collaborative artists, and administrators—many Australian, starting in 2009, and presents these interviews in her own words...

Verdict: This book is for the music lover who is interested in Lichter’s interpretation of these musicians’ thoughts on classical music’s emotional and humanistic qualities." — Elizabeth Berndt-Morris, Boston P.L. - Library Journal