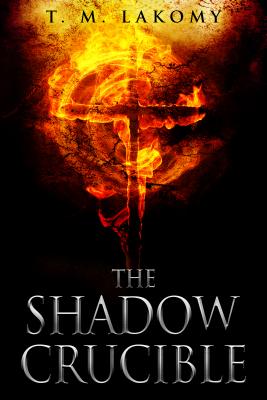 In a world where angels, demons, and gods fight over the possession of mortal souls, two conflicted pawns are ensnared in a cruel game. The enigmatic seer Estella finds herself thrown together with Count Mikhail, a dogmatic Templar dedicated to subjugating her kind. But when a corrupted cardinal and puppet king begin a systematic genocide of her people, the two become unlikely allies.

Taking humanity back to their primordial beliefs and fears, Estella confronts Mikhail’s faith by revealing the true horror of the lucrative trade in human souls. All organized religions are shops orchestrated to consume mankind. Every deity, religion, and spiritual guide has been corrupted, and each claims to have the monopoly on truth and salvation.

In a perilous game where the truth is distorted and meddling ancient deities converge to partake of the unseen battle, Estella unwittingly finds herself hunted by Lucifer. Traversing the edge of hell’s precipice, Estella and Mikhail are reduced to mere instruments. Their only means to overcome is through courting the Threefold Death, the ancient ritual of apotheosis—of man becoming God.

The Shadow Crucible is a gripping epic set in medieval England where the struggle for redemption is crushed by the powers of evil. Tamara Lakomy is a new and compelling voice in the world of dark fantasy.

T. M. Lakomy: Tamara (T.M.) Lakomy is a British born archaeologist of Polish and Tunisian origin, who grew up in North Africa during troubled times.

She specialises in the occult shamanistic practices of indigenous peoples seeking to find a salient thread connecting all people beyond religion. She also runs a foundation operating in East Africa that specialises in heritage protection, women’s rights, and education.