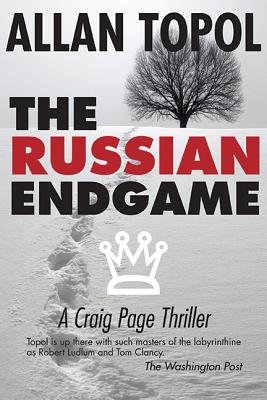 When former KGB agent Dimitri Orlov orchestrates an alliance between two world powers bent on domination, he unleashes a powerful chain of events that will rock the Western World. The agenda? Eliminate the President of the United States and seize classified military weaponry capable of shifting the balance of world power. But before this nefarious scheme can reach fruition, Craig Page is on the scene, joined by companion Elizabeth Crowder, ready to confront a painful past and the enemies that helped create it. But can the indomitable Director of Counterterrorism emerge victorious? Finding himself facing an old enemy unexpectedly catapulted into a lethal position of power, Craig is pushed to the limit in an effort to foil his enemy's deadly plans and keep potentially devastating military technology out of the hands of those prepared to destroy the world as he knows it.

Allan Topol is the national bestselling author of nine novels of international intrigue, including Spy Dance. His novels have been translated into Chinese, Japanese, Portuguese, and Hebrew. He is a graduate of Carnegie Institute of Technology, who majored in chemistry, abandoned science, and obtained a law degree from Yale University. A partner in a major Washington law firm, and an avid wine collector, he has traveled extensively, researching dramatic locations for his novels.
or support indie stores by buying on