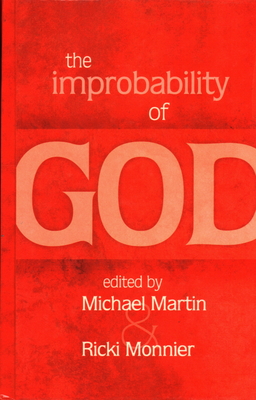 The Improbability of God (Hardcover)

Michael Martin is professor emeritus of philosophy at Boston University and author of numerous books, including Atheism: A Philosophical Justification; Atheism, Morality, and Meaning; and The Big Domino in the Sky and Other Atheistic Tales.
Ricki Monnier (Ph.D. in mathematical logic) is director of The Disproof Atheism Society.

Praise For The Improbability of God…

"The book is very interesting and is especially distinctive in that it includes very recent essays about the improbability of God. The book includes many of the most significant philosophers who have recently published articles or books on the improbability of God's existence.... This makes the book stand out from the majority of books on the philosophy of religion or atheism, which tend to contain in large part the well-known essays by prominent figures in the history of philosophy or often reprinted articles originally published prior to the 1990s....This book is necessary reading for any philosopher who wishes to keep abreast of the most recent developments in the philosophy of religion and atheism."
Quentin Smith, Professor of Philosophy
Western Michigan University
or
Not Currently Available for Direct Purchase
Copyright © 2020 American Booksellers Association