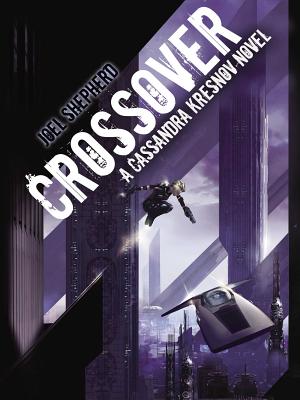 Crossover is the first novel in a series which follows the adventures of Cassandra Kresnov, an artificial person, or android, created by the League, one side of an interstellar war against the more powerful, conservative Federation. Cassandra is an experimental design — more intelligent, more creative, and far more dangerous than any that have preceded her. But with her intellect come questions, and a moral awakening. She deserts the League and heads incognito into the space of her former enemy, the Federation, in search of a new life. Her chosen world is Callay, and its enormous, decadent capital metropolis of Tanusha, where the concerns of the war are literally and figuratively so many light years away. But the war between the League and the Federation was ideological as much as political, with much of that ideological dispute regarding the very existence of artificial sentience and the rules that govern its creation. Cassandra discovers that even in Tanusha, the powerful entities of this bloody conflict have wound their tentacles. Many in the League and the Federation have cause to want her dead, and Cassandra’s history, inevitably, catches up with her. Cassandra finds herself at the mercy of a society whose values preclude her own right even to exist. But her presence in Tanusha reveals other fault lines, and when Federal agents attempt to assassinate the Callayan president, she finds herself thrust into the service of her former enemies, using her lethal skills to attempt to protect her former enemies from forces beyond their ability to control. As she struggles for her place and survival in a new world, Cassandra must forge new friendships with old enemies, while attempting to confront the most disturbing and deadly realities of her own existence

Joel Shepherd was born in Adelaide, South Australia, in 1974. He has studied Film and Television, International Relations, has interned on Capitol Hill in Washington, and traveled widely in Asia. His first trilogy, the Cassandra Kresnov Series, consists of Crossover, Breakaway and Killswitch. Visit Joel Shepherd's Web site at www.joelshepherd.com.

"An intelligent, action-packed, kick-ass scifi thriller, there is a lot to love about this book."
—Pat’s Fantasy Hotlist

"A fast-paced story of intrigue and adventure set against galactic politics. With particular appeal to readers of high-tech sf and cyberpunk, this title belongs in most sf collections.”
—Library Journal

"A kick-ass android political action tale and a deconstruction of humanity, with both aspects are equally rewarding."
—Bookgasm
or
Not Currently Available for Direct Purchase
Copyright © 2020 American Booksellers Association