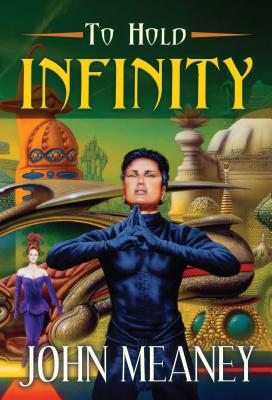 Devastated by her husband’s death, Earth-based biologist Yoshiko Sunadomari journeys to the paradise world of Fulgar to see her estranged son in the hope of bridging the gulf between them. But Tetsuo is in trouble. His expertise in mu-space technology and family links with the mysterious Pilots have ensured his survival — so far. Now he’s in way over his head — unwittingly caught up in a conspiracy of illegal tech-trafficking and corruption, and in the sinister machinations of one of Fulgar’s ruling elite: the charismatic Luculentus, Rafael Garcia de la Vega. When his home is attacked, Tetsuo flees to the planet’s unterraformed wastes, home to society’s outcasts and eco-terrorists. So Yoshiko arrives on Fulgar to discover Tetsuo gone ... and wanted for murder. Ill at ease in this strange, stratified new world seething with social and political unrest but desperate to find her son and clear his name, she embarks on a course of action that will bring her face to face with the awesome, malevolent mind of Rafael.

John Meaney is the author of four novels——To Hold Infinity, Paradox, Context, and Resolution, the latter three titles comprising his critically-acclaimed Nulapeiron Sequence. He also has numerous short-fiction publication credits. His novelette "Sharp Tang" was short-listed for the British Science Fiction Association Award in 1995. His novella "The Whisper of Disks" was included in the 2003 edition of The Year’s Best Science Fiction: Twentieth Annual Collection, edited by Gardner Dozois. His novella "The Swastika Bomb" was reprinted in The Best Short Science Fiction Novels of the Year (2004), edited by Jonathan Strahan. His story "Diva’s Bones" was reprinted in The Year’s Best Fantasy 5, edited by David G. Hartwell and Kathryn Cramer. Meaney has a degree in physics and computer science, and holds a black belt in Shotokan Karate. He lives in England. Visit his website at www.johnmeaney.com.
or
Not Currently Available for Direct Purchase