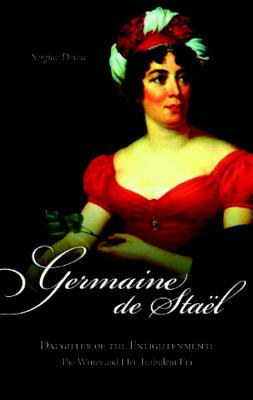 The Writer and Her Turbulent Era (Gateway Bookshelf #4)

One of the most fascinating and influential women in French history was Germaine de Staël (1766-1817). Raised in a stimulating intellectual environment by parents connected to the court of Louis XVI, she became an internationally known writer, intellectual, and political activist. As the engaging, intelligent host of a popular salon in Paris and through frequent travels, she met some of the leading Enlightenment figures of the day, many of whom became her friends and confidants: William Pitt the Younger, Benjamin Constant, Lord Byron, August Wilhelm Schlegel, Johann Wolfgang Goethe, and Czar Alexander I, to name a few. Later in life she gained much notoriety and had to flee the country because of her outspoken opposition to the tyranny of Napoleon Bonaparte.

In this engrossing biography, Sergine Dixon traces both the personal and public life of this very accomplished woman. She recounts her early years in the waning years of the French royal court, the turbulent period of the French Revolution, her exiles to Switzerland and England, and her unwavering defense of republicanism during the reign of Napoleon. Analyzing her novels, correspondence, and writings on politics and the intellectual trends of the time, Dixon presents an appealing portrait of the woman whose life and career bridged the end of the Enlightenment and the beginning of Romanticism.

Sergine Dixon (Dorset, VT) holds a doctorate in education from Columbia University. For many years she taught French language, literature, and civilization in Quebec, Ontario, and Westchester, NY. She is the author of Stars of Two Millennia: Observations on Men and Women of Quality.
Loading...
or
Not Currently Available for Direct Purchase