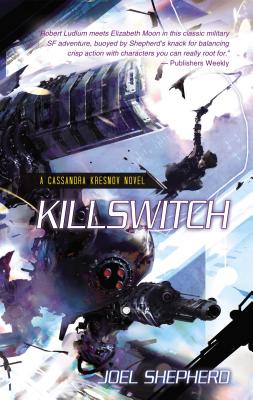 Two years after the unhatching of Callayan President Neiland's plot to make the capital city of Tanusha the center of the Federation, Callay is under siege. So begins the third installment of this gripping trilogy from an exciting new sci-fi author. A powerful faction of conservative Fleet captains has surrounded Callay, at Earth's behest, and is threatening a blockade – or worse. A fearful Earth does not wish to lose direct control of its precious war machine, and there are fears of civil war. All that Callay has to oppose the warships of the Fleet is the Callayan Defense Force (CDF) – a newly formed group of raw recruits led by a politically hamstrung general. However, the CDF is largely trained and organized by Major Vanessa Rice and her best friend, Callay's combat-android, Commander Cassandra Kresnov. But when Cassandra's lover, Special Agent Ari Ruben, discovers a plot to kill her using a killswitch, which her old masters in the League built into her brainstem, Sandy is forced to go underground to stay alive.

“For fans of military SF and action-adventure SF with strong female characters, the Cassandra Kresnov series is not to be missed. I hope there will be many more volumes to come.”
— Ray Gun Reviews

"Readers who relish strong female characters, complex storylines, and incredible action and battle scenes should give this trilogy a shot."
— Pat’s Fantasy Hotlist

Joel Shepherd was born in Adelaide, South Australia, in 1974. He has studied Film and Television, International Relations, has interned on Capitol Hill in Washington, and traveled widely in Asia. His first trilogy, the Cassandra Kresnov Series, consists of Crossover, Breakaway and Killswitch. Visit Joel Shepherd's Web site at www.joelshepherd.com.
Loading...
or
Not Currently Available for Direct Purchase