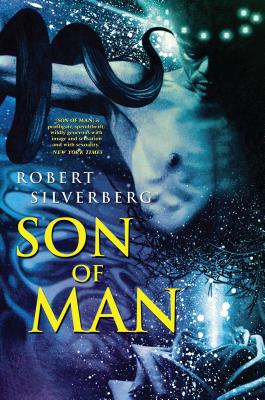 The classic science fiction novel, now back in print Clay is a man from the 20th Century who is somehow caught up in a time-flux and transported into a distant future. The earth and the life on it have changed beyond recognition. Even the human race has evolved into many different forms, now coexisting on the planet. The seemingly omnipotent Skimmers, the tyrannosaur-like Eaters, the sedentary Awaiters, the squid-like Breathers, the Interceders, the Destroyers—all of these are "Sons of Man". Befriended and besexed by the Skimmers, Clay goes on a journey which takes him around the future earth and into the depths of his own soul. He is human, but what does that mean?

Robert Silverberg has been writing science fiction for fifty years. Among his many books are such novels as Dying Inside, Lord Valentine's Castle, The Book Of Skulls, and Nightwings, and he has had more than five hundred short stories published as well. He is a five-time winner of both the Nebula award and the Hugo award. In 2004 he was awarded the Grand Master Nebula of the Science Fiction Writers of America, science fiction's highest honor.
or
Not Currently Available for Direct Purchase