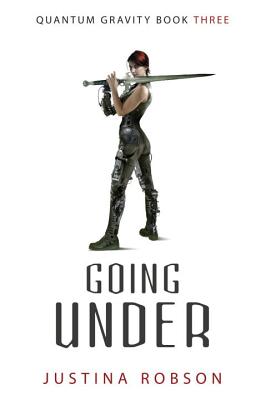 Lila Black is off with the faeries . . .
Ever since the Quantum Bomb of 2015 things have been different; the dimensions have fused and suddenly our world is accessible to elves, demons, ghosts and elementals—and their worlds are open to us. Things have been different for Special Agent Lila Black too: tortured and magic-scarred by elves, rebuilt by humans into a half-robot, part-AI, nuclear-fueled walking arsenal, and carrying the essence of a dead elfin necromancer in her chest, sometimes she has trouble figuring out who she is.
And a mission to the world of the fae may not help her work it out.
The fae are beautiful, glamorous, exotic, and talented, ruled by their king and queen’s summer and winter courts. Their inventions make food taste better, make beer divine, and bring sparkle and mischief to the world–but that’s only the surface. And Lila is being sent in at the deep end, to the deepest, darkest levels of Faerie: on the primal level, nothing about the fae is glamorous at all.
In a winter-locked, raw, and primitive world, Lila has to deal with the fae at their most basic levels, as tricksters and dealmakers–and the only deals worth making are bloody ones. If Lila’s quest is to succeed, and if she is ever to escape Faerie, the right question must be asked, the right sacrifice must be made, and the right quarry must be hunted down on the winter solstice. All of which is difficult, when the only aides Lila brought to Faerie are her friends . . .
Justina Robson’s new series combines her trademark themes of identity and reality, magic and technology, break-neck plots, a mischievous sense of fun, and a seriously sexy new heroine.

Praise For Going Under (Quantum Gravity)…

Praise for the Quantum Gravity series:

"This is by far the most entertaining book Robson has written, a novel packed with memorable characters and ideas but that doubles as holiday reading escapism. No mean balancing act." —SFX

Justina Robson is the author of Keeping It Real, Selling Out, Going Under, and Chasing the Dragon (Books one through four of the Quantum Gravity series). Her first novel, Silver Screen, published in 1999 in the UK and in 2005 by Pyr, was short-listed for the Arthur C. Clarke Award and the BSFA Award, and was nominated for the Philip K. Dick award. Her second novel, Mappa Mundi, together with Silver Screen, won the Amazon.co.uk Writer’s Bursary in 2000 and was also short-listed for the Arthur C. Clarke Award in 2001. A third novel, Natural History, a far-future novel, placed second in the 2004 John W. Campbell Award, was short-listed for the Best Novel of 2003 in the British Science Fiction Association Awards, and was also nominated for the 2006 Philip K. Dick Award, receiving a special citation. A fourth novel, Living Next Door to the God of Love, was a finalist for the BSFA Award. Visit Justina Robson's Web site at www.JustinaRobson.com.
Loading...
or
Not Currently Available for Direct Purchase