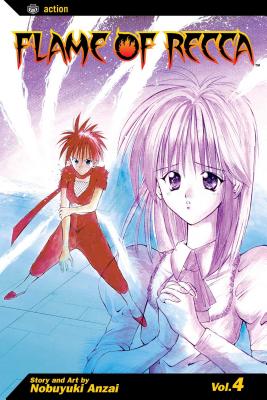 Armed with the power to control flame, Recca Hanabishi finds himself in an awkward situation when a mysterious older woman pops into his life one day. Is she good? Is she evil? What exactly does she want with the young ninja firecracker? Becoming a ninja is just a childhood dream for16-year-old Recca, until a fateful encounter reveals he has inherited ninja powers, including the ability to wield fire As Recca learns to master the ancient ways of his ancestors, he is drawn to protect a mysterious girl named Yanagi... With each new day, Recca Hanabishi discovers a little bit more about his family and himself. And the more he learns, the more confused he gets. For example: What's the deal with the Hokage Ningun? And why does Recca's destiny seem to be linked to this ancient Japanese ninja clan? Every family has its secrets and Recca is about to discover his. But first he must defeat his arch-nemesis Kurei and the evil horde he commands. Recca has the power of fire within him, but he's never met someone like the Living Flame. Talk about bad luck, Recca quickly finds out that he's no match for a fire that burns supernova.