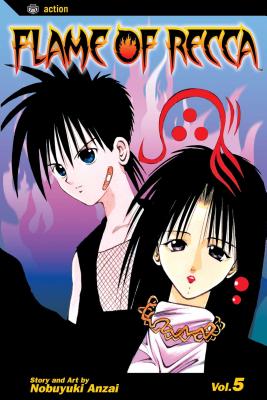 Armed with the power to control flame, Recca Hanabishi finds himself in an awkward situation when a mysterious older woman pops into his life one day. Is she good? Is she evil? What exactly does she want with the young ninja firecracker? Becoming a ninja is just a childhood dream for16-year-old Recca, until a fateful encounter reveals he has inherited ninja powers, including the ability to wield fire As Recca learns to master the ancient ways of his ancestors, he is drawn to protect a mysterious girl named Yanagi... Even though he possesses the ability to bend fire to his will, Recca Hanabishi continues to covet the Flame of the Eight Dragons. With their combined voltage at his disposal, Recca will
be an indestructible fiery dynamo. But power like that doesn't come neatly wrapped in a gift box. The hotheaded teenager must first prove that he is mature enough to handle such awesome responsibility. In the meantime, Recca and his crew are forced to wage war during the deadly Urabutosatsujin festival. Their opponent in the first round is Team Ku, the most feared assassins in all of Japan. If Recca's crew can't squash this foe, they must forfeit the life of poor Yanagi Sakoshita.