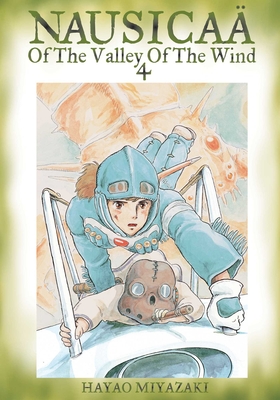 Nausicaä of the Valley of the Wind, Vol. 4 (Paperback)

A monk warns Nausicaä that omens of an apocalypse, Daikaisho, will appear soon and the forest will boil over to cover the land. His predictions appear to be coming true when she arrives in the Forest in the South and discovers Lord Miralupa has developed mutant spores for biological warfare, but the mold begins growing uncontrollably and there's no antidote.