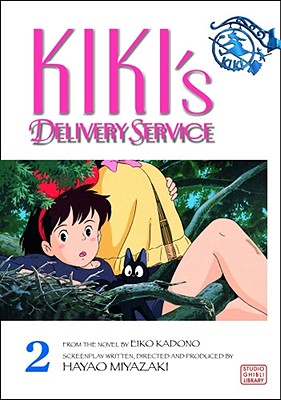 Kiki has decided to start her own business, and her first big assignment is to deliver a birthday present. But what begins as a simple task turns out to be an awful mess. Kiki’s Delivery Service might go out of business before it gets off the ground!