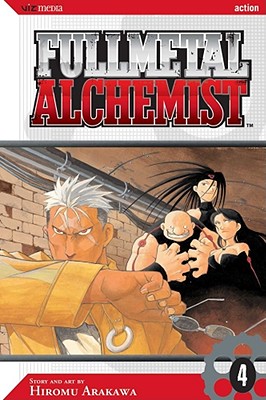 Breaking the laws of nature is a serious crime!

In an alchemical ritual gone wrong, Edward Elric lost his arm and his leg, and his brother Alphonse became nothing but a soul in a suit of armor. Equipped with mechanical “auto-mail” limbs, Edward becomes a state alchemist, seeking the one thing that can restore his and his brother’s bodies...the legendary Philosopher’s Stone.

Trapped and injured in a secret alchemical laboratory, Edward Elric is at the mercy of his enemies, Lust and Envy. But they don't want him dead...they have other plans for him. As the laboratory goes up in flames, the brothers find themselves back at square one, with only an inkling of the massive scale of the Philosopher's Stone conspiracy. But then, Lieutenant Colonel Maes Hughes uncovers a shocking secret...