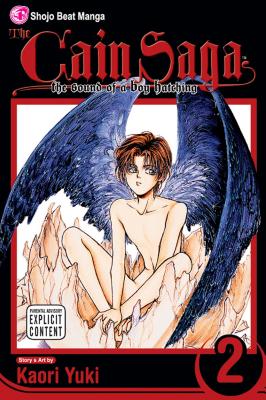 Delve into the tortured past of Earl Cain C. Hargreaves, charismatic heir to a wealthy family full of secrets, lies and unthinkable crimes. The prequel to the Godchild series, The Cain Saga follows the young Cain as he attempts to unravel the secrets of his birth, all the while solving each new mystery that comes his way.

From the moment Cain's stepsister Mary Weather joins the cast in "The Hanged Man," you'll be lost again in the twisting catacombs of the Hargreaves family history where you'll uncover the secret of Cain's mysterious lineage... But is it really the truth or just another false turn on the way out of Kaori Yuki's dark labyrinth?