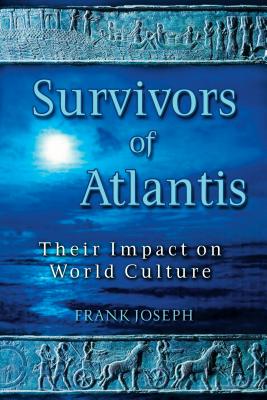 Their Impact on World Culture

• The sequel and companion volume to The Destruction of Atlantis

• Studies the connections between the world-conquering war the Atlanteans launched and the quartet of natural catastrophes that ravaged the earth more than 5,000 years ago

Archaeologists have long puzzled over the evidence suggesting highly sophisticated copper mining activities in the area of the Great Lakes some 5,000 years ago. Menomonie Indian tradition speaks of fair skinned mariners who had come in the past to “dig out the shiny bones” of the Earth Mother. Plato, meanwhile, recorded that Atlanteans provided an exceptionally high grade of copper that was no longer available in his time. In this sequel to The Destruction of Atlantis, Frank Joseph argues that the Menomonie Indians’ mariners were Atlanteans and that the destruction of Atlantis by war and natural catastrophe brought about the end of Bronze Age civilization. Furthermore, Atlantis’s survivors dispersed to all sides of their former island empire into Western Europe, the Near East, and North and South America.

In Survivors of Atlantis Frank Joseph provides an in-depth study of the Atlantean war and the intimate connections it had with the last of four great cosmic catastrophes generated by the cyclical return of a comet and its debris. This quartet of natural disasters was followed by mass migrations recorded in the histories of such diverse peoples as the Incas of Peru, the Celtic Irish, the Classical Greeks, and the Aztecs of Mexico. Where the archaeology, mythology, astronomy, and geology of these cultures coincide, a common thread is exposed: Atlantis. Joseph shows that the fate of the Atlantean empire is the story of early civilization and reveals Atlantis to be a credible part of the world’s history.

Praise For Survivors of Atlantis: Their Impact on World Culture…

“Another key piece in the mystery of Atlantis falls into place. Further essential reading for the discerning Atlantologist.”
— Andrew Collins, author of From the Ashes of Angels and Gateway to Atlantis

“With exacting scholarship that moves at the pace of a compelling detective story, Frank Joseph brilliantly provides a wealth of evidence that the survivors of Atlantis greatly influenced and shaped the history of many early civilizations.”
— Brad Steiger, author of Mysteries of Time and Space

"This is not the story of Atlantis and its downfall. It is a view of the impact of Atlantean culture and civilization on the rest of the Bronze Age world. It is an excellent addition to the library of anyone interested in the subject."
— Mike Gleason, Witchgrove, 2007

Frank Joseph was the editor in chief of Ancient American magazine from 1993-2007. He is the author of several books, including Before Atlantis, Advanced Civilizations of Prehistoric America, The Lost Civilization of Lemuria, and The Lost Treasure of King Juba. He lives in the Upper Mississippi Valley.
Loading...
or support indie stores by buying on