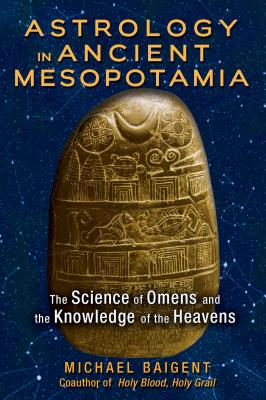 The Science of Omens and the Knowledge of the Heavens

• Reveals the roots of modern astrology in the Babylonian science of omens, which was concerned not with individuals but with the state and king

Among the many significant discoveries excavated from Assyrian king Ashurbanipal’s royal library in Nineveh were tablets documenting the development of Mesopotamian astrology, now recognized as the earliest astrological science.

Drawing upon translations of the Nineveh library tablets as well as many other ancient sources, Michael Baigent reveals the roots of modern astrology in the Babylonian science of omens. He explains how astrology in the Babylonian and Assyrian empires was concerned not with individuals but with the king and the state. He shows that by the first dynasty of Babylon, around 1900 to 1600 BC, astrology had become a systematic discipline, the preserve of highly trained specialists intent upon interpreting omens from the movements of planets and stars. He explores Mesopotamian mythology as it relates to the planets and to astrology as well as to Mesopotamian religion, magic, and politics--for the mythology of Babylon and Assyria served the state and thus changed as the state changed. He shows how this ancient form of astrology uniquely represents both Sun and Moon as masculine entities and Saturn (Ninurta) as the principle of order imposed on chaos. He examines the connections between ancient astrology and the symbolism of Western religions, such as how the “Greek” or “Templar” cross may symbolize the Babylonian god Nabu, now known as Mercury.

Tracing the hermetic transmission of this knowledge over the centuries from Mesopotamia to Egypt to Florence, Baigent reveals how the religious and magical aspects of early Babylonian cosmological speculation played a significant role in the Renaissance, influencing prominent figures such as Cosimo de Medici, Marsilio Ficino, and Botticelli.

Praise For Astrology in Ancient Mesopotamia: The Science of Omens and the Knowledge of the Heavens…

“Michael Baigent was one of the most studious yet open minded historians of modern times. Astrology in Ancient Mesopotamia stands the test of time and remains essential for every bookshelf.”
— Andrew Collins, author of Göbekli Tepe: Genesis of the Gods

Michael Baigent (1948-2013) was a researcher and writer best known for his book Holy Blood, Holy Grail, coauthored with Richard Leigh and Henry Lincoln. He appeared in many documentaries on the origins of Christianity, Freemasonry, and the Grail legends. He was the editor of Freemasonry Today from 2001 to 2011 and the author or coauthor of 14 books, including The Jesus Papers, The Dead Sea Scrolls Deception, and The Messianic Legacy.
or support indie stores by buying on