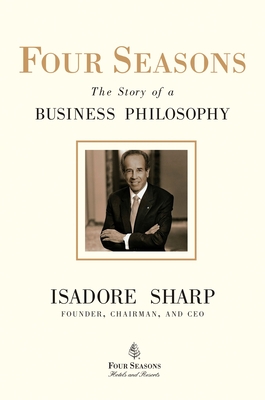 How did a child of immigrants, starting with no background in the hotel business, create the world's most admired and successful hotel chain? And how has Four Seasons grown dramatically, over nearly a half century, without losing its focus on exceptional quality and unparalleled service?

Isadore Sharp answers these questions in his engaging memoir, which doubles as a powerful guide for leaders in any field. He recalls the surprising history of his company, starting with its roots in his father's small construction business, which Sharp joined after getting a degree in architecture. Shifting into hotels wasn't easy, and he learned by trial and error.

His breakthrough was a vision for a new kind of hotel, featuring superior design, top-quality amenities, and, above all, a deep commitment to service. Sharp realized that customers would gladly pay extra for a "home away from home" experience. But that would be possible only if everyone-from managers and supervisors to bellmen, servers, and housekeepers-was fully engaged. The front-line staff, who have the most contact with guests, can make or break a five-star reputation.

Readers will be fascinated to learn how Four Seasons does it, year after year, in more than thirty countries around the world.

Isadore Sharp is the founder, chairman, and CEO of Four Seasons Hotels, Inc. He opened the first Four Seasons in Toronto in 1961, and the company now operates eighty-two luxury hotels and resorts around the world, with more than forty additional properties under development. He and his wife, Rosalie, are prominent philanthropists. They divide their time between Toronto and Palm Springs, California.
Loading...
or
Not Currently Available for Direct Purchase