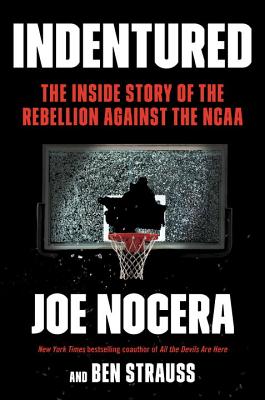 The Inside Story of the Rebellion Against the NCAA

“How can the NCAA blithely wreck careers without regard to due process or common fairness? How can it act so ruthlessly to enforce rules that are so petty? Why won’t anybody stand up to these outrageous violations of American values and American justice?”

In the four years since Joe Nocera asked those ques­tions in a controversial New York Times column, the National Collegiate Athletic Association has come under fire. Fans have begun to realize that the athletes involved in the two biggest college sports, men’s bas­ketball and football, are little more than indentured servants. Millions of teenagers accept scholarships to chase their dreams of fame and fortune—at the price of absolute submission to the whims of an organiza­tion that puts their interests dead last.

For about 5 percent of top-division players, college ends with a golden ticket to the NFL or the NBA. But what about the overwhelming majority who never turn pro? They don’t earn a dime from the estimated $13 billion generated annually by college sports—an ocean of cash that enriches schools, conferences, coaches, TV networks, and apparel companies . . . everyone except those who give their blood and sweat to entertain the fans.

Indentured tells the dramatic story of a loose-knit group of rebels who decided to fight the hypocrisy of the NCAA, which blathers endlessly about the purity of its “student-athletes” while exploiting many of them: The ones who get injured and drop out be­cause their scholarships have been revoked. The ones who will neither graduate nor go pro. The ones who live in terror of accidentally violating some obscure rule in the four-hundred-page NCAA rulebook.

Joe Nocera and Ben Strauss take us into the inner circle of the NCAA’s fiercest enemies. You’ll meet, among others . . .

·Sonny Vaccaro, the charismatic sports marketer who convinced Nike to sign Michael Jordan. Dis­gusted by how the NCAA treated athletes, Vaccaro used his intimate knowledge of its secrets to blow the whistle in a major legal case.
·Ed O’Bannon, the former UCLA basketball star who realized, years after leaving college, that the NCAA was profiting from a video game using his image. His lawsuit led to an unprecedented antitrust ruling.
·Ramogi Huma, the founder of the National Col­lege Players Association, who dared to think that college players should have the same collective bargaining rights as other Americans.
·Andy Schwarz, the controversial economist who looked behind the façade of the NCAA and saw it for what it is: a cartel that violates our core values of free enterprise.

Indentured reveals how these and other renegades, working sometimes in concert and sometimes alone, are fighting for justice in the bare-knuckles world of college sports.

Joe Nocera is a columnist for the New York Times. His previous books include All the Devils Are Here (with Bethany McLean), Good Guys and Bad Guys, and A Piece of the Action. During his long career in journalism he has won three Gerald Loeb Awards and was a finalist for a Pulitzer Prize. He lives in New York City.

Ben Strauss is a contributing writer for The New York Times, where he has written extensively about the changing face of college sports. Previously, he worked on Capitol Hill. He lives in Washington, D.C.


Praise For Indentured: The Inside Story of the Rebellion Against the NCAA…

“Impeccably reported and written, this book puts a bullet in the heart of the country's most morally corrupt institution and will help liberate the thousands who are truly indentured.”
—Buzz Bissinger, author of Friday Night Lights

“This relentlessly researched, one-stop-shop exposé proves that the NCAA is a hopeless failure posing as the steward of American college athletics."
—Frank Deford, Sports Illustrated

“A searing indictment of the power and exploitation at the heart of big-money college athletics.... A clarion call for anyone who believes that hard-working people deserve fairness, respect, and a level playing field.”
—Senator Cory Booker

“This book pulls back the covers on the lives that get chewed up by college sports. It’s beautifully written and compelling.”
—Charles Duhigg, author of The Power of Habit

"Painstakingly reported and deftly written, Indentured shines the brightest light yet on the hypocrisy and injustice perpetrated by the NCAA."
—George Dohrmann, author of Play Their Hearts Out

“I think it should be required reading for all sports fans.”
—Kareem Abdul-Jabbar

“When I was in college, I felt like an indentured servant, exploited and controlled by all the people who were getting rich off my labors and my talent. This book is not only a must-read for college athletes and fans, but a call to action."
—Arian Foster, Houston Texans running back

“Joe Nocera and Ben Strauss have long recognized the widespread corruption that plagues big time college sports. These are issues that go beyond the sports pages.”
—Bob Costas