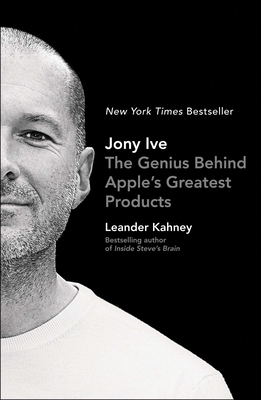 The Genius Behind Apple's Greatest Products

In 1997, Steve Jobs discovered a scruffy British designer toiling away at Apple’s headquarters, surrounded by hundreds of sketches and prototypes. Jony Ive’s collaboration with Jobs would produce some of the world’s most iconic technology products, including the iMac, iPod, iPad, and iPhone. Ive’s work helped reverse Apple’s long decline, overturned entire industries, and created a huge global fan base. Yet little is known about the shy, soft-spoken whiz whom Jobs referred to as his “spiritual partner.”

Leander Kahney offers a detailed portrait of the English art school student with dyslexia who became the most acclaimed tech designer of his generation. Drawing on interviews with Ive’s former colleagues and Apple insiders, Kahney “takes us inside the creation of these memorable objects.” (The Wall Street Journal)

Leander Kahney, the bestselling author of Inside Steve’s Brain and Cult of Mac, has covered Apple for more than a dozen years. He is the former news editor of Wired.com, and now the editor of CultofMac.com. He lives in San Francisco.

Praise For Jony Ive: The Genius Behind Apple's Greatest Products…