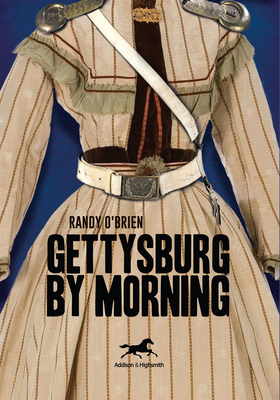 It’s July 4, 1861, and the featured speaker at this year’s Independence Day celebration at Concord, MA, is high-spirited and fiercely patriotic Eloise Edwards. She rails against the South’s attack on Fort Sumter and the injustice of slavery. A newspaper article recounting the speech inspires her brother Edward to enlist. The siblings’ father, a War of Independence veteran, dies, and Edward decides he doesn’t want to join the Union army after all and runs away. Heartbroken, Eloise returns to the family telegraph office, committed to a life of boredom and servitude. The disappointment in her brother devastates Eloise.

In a dramatic moment, she decides that she will take her brother’s place and fight for the honor of her family and the country. She joins the Massachusetts 20th and lives through several horrific battles, including the most devastating conflict in U.S. history, Gettysburg. General George Custer discovers her talent as a telegraph operator, and she soon rises through the ranks and to the war room at the White House, where she works daily with President Abraham Lincoln. One night, as Eloise sleeps at her post, Lincoln sees a copy of the newspaper article featuring Eloise’s speech. He reads it, is inspired by it, and borrows key phrases for the most famous speech in American history, The Gettysburg Address.


Praise For Gettysburg by Morning…

"Gettysburg by Morning is a riveting and entertaining read from cover to cover that will have a special appeal for Civil War buffs." --Midwest Book Review

"This is a historically astute story that deftly highlights an element of the war largely neglected. A thrilling war tale, dramatically engrossing and historically authentic." —Kirkus Reviews

An award-winning radio journalist and book reviewer, Randall O’Brien has a B.S. degree from Middle Tennessee State University (MTSU) in Murfreesboro, Tennessee, majoring in English and minoring in History and Secondary education. He was the News Director of WMOT-FM for three decades, reporting hard news and features, proudly mentoring dozens of now successful graduates. He was an adjunct writing instructor at MTSU and Watkins School of Art and Design and former President of the Tennessee Screenwriting Association.
Loading...
or support indie stores by buying on