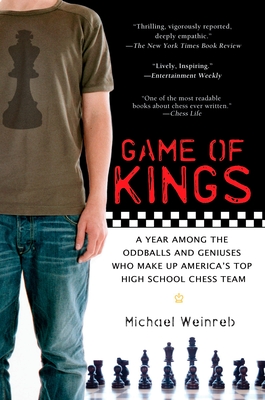 A year with the boy geniuses of the nation's top high school chess team, now in paperback with a new afterword

Edward R. Murrow High School has long been one of New York's public-education success stories, a school where there are no varsity sports, and the closest thing to jocks is found on the powerhouse chess team.

Award-winning sportswriter Michael Weinreb follows the members of the Murrow chess team through an entire season. Weinreb delves into the history of chess in America, following the stories of greats such as Bobby Fischer, for whom the world within the chessboard is as easy to comprehend as the world beyond it is difficult.

Michael Weinreb’s previous book Game of Kings won the Quill Award and was named one of the best books of the year by Amazon.com. He has been a regular contributor to The New York Times, Newsday, and ESPN.com, as his work has been anthologized in The Best American Sports Writing collection. He lives in Brooklyn, New York.
Loading...
or
Not Currently Available for Direct Purchase