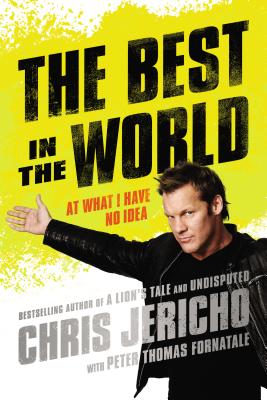 The Best in the World

The New York Times bestselling author, wrestler, metal rocker, and over-the-top media personality shares his latest wild and hilarious adventures
World Wrestling Entertainment has named Chris Jericho as one of the top ten wrestlers and one of the top five talkers of all time. Certainly, the past six years have been spectacular for Jericho. After a sluggish return from his 2005 sabbatical, Jericho found new inspiration in watching No Country for Old Men and completely reinvented his character ultimately going on to capture three world WWE titles.
The Best in the World chronicles some of the incredible and often preposterous highlights of Jericho's recent career, including: Jericho has a one-of-a-kind comedic voice and a knack for getting himself into screwball situations both in and out of the ring. See for yourself why he is the best in the world.


Praise For The Best in the World: At What I Have No Idea…

Chris Jericho is the son of NHL hockey player Ted Irvine. He splits his time between Los Angeles and Tampa, where he lives with his wife and three children. Peter Thomas Fornatale is a freelance writer, editor, and Jerichoholic. He lives in Brooklyn, New York, with his wife and daughter."
Loading...
or
Not Currently Available for Direct Purchase