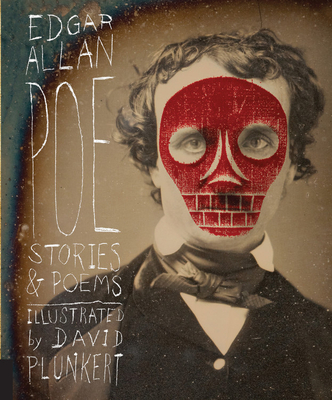 Baltimore-based artist David Plunkert takes you on a dark journey into the gothic stories and poetry of Edgar Allan Poe. Classic stories of the macabre take on a whole new meaning when you experience them accompanied by David Plunkert's mystical, and sometimes haunting, interpretations. With this edition of the Classics Reimagined series, you'll find these densely written classics boring…nevermore.

The Classics Reimagined series is a library of stunning collector's editions of unabridged classic novels illustrated by contemporary artists from around the world. Each artist offers his or her own unique, visual interpretation of the most well-loved, widely read, and avidly collected literature from renowned authors. From The Adventures of Sherlock Holmes to The Wonderful Wizard of Oz and from Jane Austen to the Brothers Grimm, collect every beautiful volume.

"This gorgeous volume is part of Rockport's Classics Reimagined series, which pairs contemporary illustrators with works of literature such as The Adventures of Sherlock Holmes and Grimm's Fairy Tales. Plunkert, co-founder of Hampden's Spur Design studio, tackles Poe with the same gusto that characterizes his work for clients ranging from The New York Times to the Baltimore Theatre Project. Plunkert's Dadaist sensibility injects new energy into Poe's stories, as evocative collages and bold imagery activate key narrative elements or reflect the overall mood of a particular piece. His artwork allows for a fresh reading of these familiar stories, because it doesn't shy from the aching humanity at their creative core. It serves as a reminder that these are, indeed, tales of mystery and imagination. - Baltimore magazine

Edgar Allan Poe (1809–1849) is one of America’s greatest and best-loved writers. Known as the father of the detective story, Poe is perhaps most famous for his short stories—particularly his shrewd mysteries and chilling, often grotesque tales of horror—he was also an extremely accomplished poet and a tough literary critic.

Poe’s life was not far removed from the drama of his fiction. Orphaned at a young age, he was raised by a foster family. As a young man, he developed problems with gambling, debts, and alcohol, and was even dismissed from the army. His love life was marked by tragedy and heartbreak. Despite these difficulties, Poe produced many works now considered essential to the American literary canon.