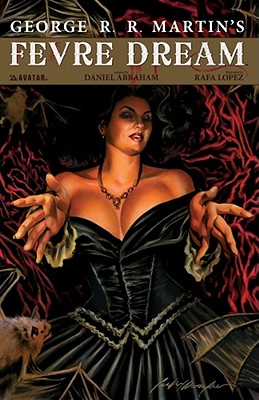 From George R.R. Martin, author of the New York Times best-selling novel series A Song of Ice and Fire, comes a moonlit tale of feuding vampire clans, death, and debauchery in the bayou Set in 1857 along the muddy Mississippi, FEVRE DREAM introduces Abner Marsh, a remarkably ugly man who longs to captain the fastest steamboat on the river. When a pale, mysterious gentleman named Joshua - who keeps strange hours and stranger friends - approaches him with an offer of partnership, Abner's dreams appear to come true... though he may have unleashed a nightmare on the unsuspecting shores Adapted by Hugo-nominated author Daniel Abraham and artist Rafa Lopez, this graphic novel stays faithful to Martin's original dark vision, immersing the reader in the tortures and joys of vampire society. Includes an original introduction by the legendary author.

George R.R. Martin is a critically acclaimed author most widely recognized for his New York Times bestselling fantasy novel series, A Song of Ice and Fire. A recipient of numerous Hugo, Nebula, Bram Stoker, and World Fantasy awards (among other accolades), he has worked in television as well, contributing scripts for such programs as Twilight Zone and Beauty and the Beast. His novel, A Game of Thrones, will be adapted and air as an HBO original series in 2011.
Loading...
or
Not Currently Available for Direct Purchase