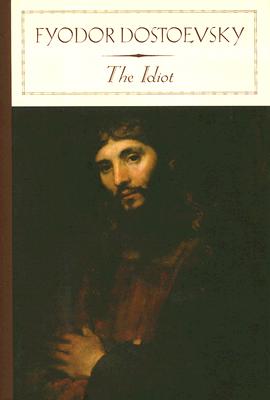 The Idiot, by Fyodor Dostoevsky, is part of the Barnes & Noble Classicsseries, which offers quality editions at affordable prices to the student and the general reader, including new scholarship, thoughtful design, and pages of carefully crafted extras. Here are some of the remarkable features of Barnes & Noble Classics All editions are beautifully designed and are printed to superior specifications; some include illustrations of historical interest. Barnes & Noble Classics pulls together a constellation of influencesbiographical, historical, and literaryto enrich each reader's understanding of these enduring works.Just two years after completing Crime and Punishment, which explored the mind of a murderer, Dostoevsky produced another masterpiece, The Idiot. This time the author portrays a truly beautiful soula character he found difficult to bring to life because, as he wrote, beauty is the ideal, and neither my country, nor civilized Europe, know what that ideal of beauty is. The result was one of Dostoevsky's greatest charactersPrince Myshkin, a saintly, Christ-like, yet deeply human figure.
The story begins when Myshkin arrives on Russian soil after a stay in a Swiss sanatorium. Scorned by St. Petersburg society as an idiot for his generosity and innocence, the prince finds himself at the center of a struggle between a rich, kept woman and a beautiful, virtuous girl, who both hope to win his affection. Unfortunately, Myshkin's very goodness seems to bring disaster to everyone he meets. The shocking denouement tragically reveals how, in a world obsessed with money, power, and sexual conquest, a sanatorium is the only place for a saint.Joseph Frank is Professor Emeritus of Comparative Literature at Princeton University and Professor Emeritus of Comparative Literature and Slavic Languages and Literature at Stanford University. He is the author of a five-volume study of Dostoevsky's life and work. The first four volumes received the National Book Critics Circle Award for Biography, two Christian Gauss Awards, two James Russell Lowell Awards of the Modern Language Association, a Los Angeles Times Book Prize, and other honors. Frank is also the author of Through the Russian Prism: Essays on Literature and Culture, The Widening Gyre, and The Idea of Spatial Form. He also wrote the introduction to the Barnes & Noble Classics edition of Dostoevsky's The House of the Dead and Poor Folk.