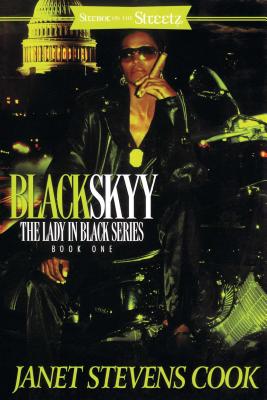 Meet Skyy, a fantastic new superhero - and sensitive assassin - who defends the helpless and brings justice to those who cannot fight for themselves.
Sandora "Sandy" Knight is an enigma even to those who know her. Running a Fortune 500 company by day, she sheds her hip-hop cosmopolitan identity by night to become the Lady in Black, also called Skyy, a sexy, smart vigilante who protects the innocent from child molesters, rapists, serial killers, and other low-life scum.
The first novel in "The Lady in Black" series "Black Skyy" weaves an intricate tale of heroism, lethal beauty, and intoxicating eroticism. Skyy believes she is called by God to use her abilities to save others from the brutality of life - even if her methods are questionable at times. Set in both New York and Washington, D.C., "Black Skyy" follows Skyy's adventures in all their sensational and sensual thrills as she employs her uncanny intellect to capture and punish evildoers. Battling not only the bad guys, but also her inner conflicts, Skyy must fight to find her place and purpose in life, as both a woman and a symbol of justice.