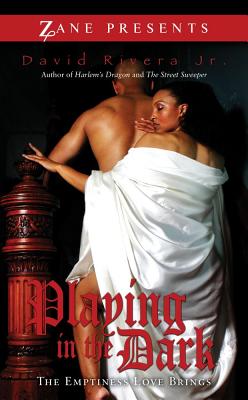 Playing in the Dark

When a serial killer is suspected for a string of deaths, the murders are assigned to investigator Chemah Rivers, who quickly catches the person everyone assumes to be the culprit. At the same time, Chemah is dealing with his own home and love-life drama. His love interest, a blind comedienne, might very well get her sight back. Chemah’s ex-wife is fighting for custody of their daughter, and his son is getting a little too familiar with the street life, and all the traps that scene holds.

When the real killer starts to stalk Chemah, and the continued deaths start to be tainted by sexual overtones in the very area they live, Chemah is caught up from all sides as he struggles to be the hero, not only for the victims, but for his family and loved ones as well. With the warm flavor of a romance, mixed with the intense action of an adventurous mystery, Playing in the Dark will entice and capture the mind of every reader.

David Rivera, Jr., is an investigator for the city of New York, and has a Master of Science degree from Metropolitan College. David is presently working on part three of this series. He lives in Harlem, New York.
Loading...
or
Not Currently Available for Direct Purchase