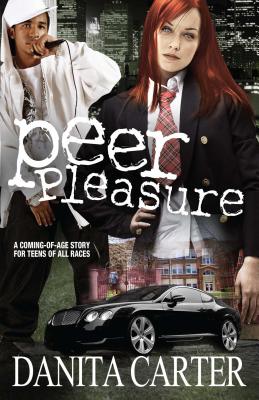 An edgy, urban, young adult novel that has all the same elements of glamour, decadence, and wealth that make the hit television series Gossip Girl so popular and addictive.

The esteemed Walburton Academy on Manhattan's Upper West Side educates some of the wealthiest -- and most hormonal teens -- in the city. Kennedy and Reagan are twin sisters who are polar opposites except for their taste in boys. They ruthlessly compete with each other for the attention of the hunky newcomer, rapper Lucas Williams. The lean and luscious Madison Reynolds is a top model living under the watchful eye of her domineering grandmother, who is formerly the great dame of the fashion world. But it's not the photographers, agents, and designers that her grandmother has to worry about; it's the boys at school who are the real predators, like über-rich, party animal Ian Reinhardt, and former child star Peyton Granger.

Peer Pleasure is a captivating glimpse into the world of privileged New York City teenagers negotiating real-life challenges as they transition into young adulthood. Written in a fast-paced, enjoyable style, Peer Pleasure depicts the intersections between the exclusive worlds of fashion, music, and wealth -- examining how the lives of the elite and the multicultural overlap and commingle, as all of these ethnically diverse students are thrown together under one roof, in one crazy city.

Praise For Peer Pleasure: A Novel…

"An engrossing story with great characters." -- Booklist on Success is the Best Revenge

"A mix of money, sex, and power with a suspenseful storyline that speaks to our aspirations." -- Russell Simmons on Talk of the Town

Danita Carter is a former Wall Street stockbroker, fine jewelry designer, author of Peer Pleasure, and the coauthor of three previous novels. Danita splits her time between New York and Chicago and is currently working on her next novel. Visit her website at DanitaCarter.com.
Loading...
or support indie stores by buying on