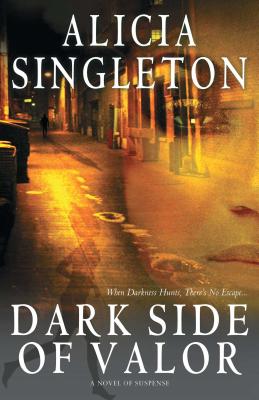 Dark Side of Valor

A child advocate and a mercenary must work together to overcome their past losses and save both of their lives and hearts.

Lelia Freeman was alone after fleeing to Los Angeles from a bad life and her alcoholic mother in New York, only to find herself homeless on the city’s streets. That’s when she met Joella, a young girl she vowed to care for on the streets, who still haunts her dreams. She didn’t know that Joella’s health would slip. As hard as Lelia tried to get themselves off the street, it’s too late: Joella was murdered.

Many years later, Lelia Freeman has created a life for herself. Now, Lelia spends her life trying to save children. As the director of ChildSafe Shelters, she is summoned to Washington and asked to serve on a committee that aids the children of a war-torn African nation. Life takes a dramatic turn when Lelia uncovers terrible corruption and is kidnapped for her knowledge.

Her fate is in the hands of Elijah Dune, a mercenary stuck in the past. Haunted by the loss of his daughter, Elijah is the only one who can save Lelia—but he believes she is to blame for his daughter’s death. And why would he save the woman he plans to kill?

Dark Side of Valor delves into the destructive forces of guilt and revenge as two people are connected by their love for a lost little girl.

Alicia Singleton was born and raised in Philadelphia. A graduate of Howard University, she is a clinical nurse. Alicia lives in Maryand with her husband and son. Visit her at AliciaSingleton.com.