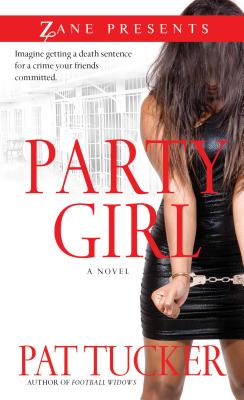 An unforgettable novel with ripped-from-the-headlines appeal: is being at the wrong place at the wrong time reason enough to ruin your life?

Twenty-nine-year-old Hope Reed didn’t pull the trigger….But a simple choice landed her behind bars, and now she is literally fighting for her life. After her car broke down, Hope accepted a ride from two neighborhood thugs. Later they were pulled over and arrested for a deadly convenience store robbery—and Hope was arrested too.

Brendon Reed stood by his wife after her arrest. He took out a second mortgage on their house and wiped out the family’s savings for her defense. But as Hope’s case dragged on, he was forced to consider other options.

Hope’s best friend Katina vowed to step in and help out with Hope’s children. But that was when everyone thought Hope would get out of jail and be able to pick up where she left off. Now as years passed and Hope’s chances of acquittal began to look grim, Katina is torn, and the feelings she’s developed for Hope’s husband have thrown her loyalty into question.

By day, Pat Tucker works as a radio news director in Houston, Texas. By night, she is a talented writer with a knack for telling page-turning stories. She is the author of Somebody Has to Pay, The Cocktail Club, Sideline Scandals, Party Girl, Daddy’s Maybe, Football Widows (soon to be a movie), Daddy by Default, and Lachez (an original e-short). She is the coauthor with Earl Sewell of Loyalty Among Friends and A Social Affair and has participated in three anthologies, including New York Times bestselling author Zane’s Caramel Flava. A graduate of San Jose State University, Pat is a member of the National and Houston Association of Black Journalists and Sigma Gamma Rho Sorority, Inc. She is married with two children.
Loading...
or
Not Currently Available for Direct Purchase