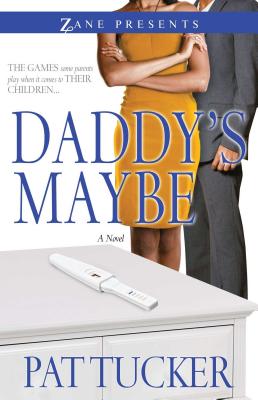 The ultimate daddy by default—stuck paying child support for a kid who isn’t his—is now an advocate for fathers who are being victimized by the system.

In this follow-up to Daddy By Default, it’s five years since Parker Redman’s life changed dramatically. Now he’s making a name for himself across the country as an outspoken advocate for father’s rights. After his horrific experience of being forced to pay child support for a child who wasn’t biologically his, he vowed to change the system one desperate father at a time.

Serena has had enough. Everywhere she turns, she’s reminded of Parker and his noble work for helpless fathers. But she’s about to blow the lid off his hustle. Now that she’s revealed her daughter’s real father, she’s going on record to expose him for the hypocrite she thinks he is.

Upon her release from prison, Lachez Baker is livid to learn of her son’s plans to marry. At seventeen, Junie is headstrong and determined to live the good life at any cost. But when Lachez finds out about the cougar that’s latched on to her son, she’s determined to stop this travesty before wedding bells ring.

Eboni Newton is fed up with her baby’s daddy. As far as she’s concerned, Shawnathon is a deadbeat and she’s determined to make him pay for all the pain he’s caused her.

These men are at risk of destruction at the hands of these women who will try to get what they want by any means necessary—but will they succeed?

By day, Pat Tucker works as a radio news director in Houston, Texas. By night, she is a talented writer with a knack for telling page-turning stories. She is the author of more than twenty books, including, Somebody Has to Pay, The Cocktail Club, Sideline Scandals, Party Girl, Daddy’s Maybe, and Football Widows, as well as the coauthor with Earl Sewell of Loyalty Among Friends and A Social Affair. She has also participated in three anthologies, including New York Times bestselling author Zane’s Caramel Flava. A graduate of San Jose State University, Pat is a member of the National and Houston Association of Black Journalists and Sigma Gamma Rho Sorority, Inc. She is married with two children.
Loading...
or support indie stores by buying on