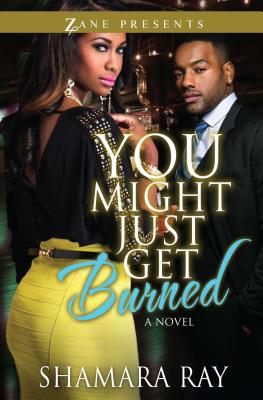 What happens when the man you fall for isn’t who he says he is? As games are played and disguises are shed in this intriguing story, more than hearts are at stake for a man who toys with others’ emotions.

Meet Marcel, Camden, and Julian. They’re all experts at the same game, but each in his own way: Marcel has perfected the art of first impressions and can charm a woman out of her clothes with his hypnotic gaze and dazzling smile; Camden is master of the million-dollar image, donning designer labels and driving exotic cars; and Julian is the king of romance— he’ll pen poetic verses, send a woman flowers, and bathe her by candlelight until she’s drowning in notions of love. Any woman would dream of having one of these men in her life. But what happens when that perfect man turns out to be someone else—a perpetrator named Avery Woodson? Things aren’t always as they seem.

Posing as Marcel, Camden, and Julian, Avery has been playing games with women for years. To him they’re entertainment and nothing more. Predictable. Interchangeable. Expendable. Avery enjoys the challenge of collecting hearts, and after each acquisition he pursues an even greater conquest—until he meets Indiya Spencer. He soon finds it hard to toy with Indiya the way he does other women and discovers that he’s not immune to falling for someone. As Avery slips deeper emotionally and falls prey to Indiya’s wiles, it becomes apparent that she’s hiding her own dark secrets. The perpetrator has finally met his match and stands to lose more than just his heart—he might just get consumed by the flames.

Shamara Ray is a graduate of Syracuse University. She is the author of Recipe for Love, Close Quarters, You Might Just Get Burned, Rituals for Love, and Cater to You. Ray has a penchant for the culinary arts and enjoys entertaining friends and family in her Long Island home. Learn more at her website, ShamaraRay.com.
Loading...
or support indie stores by buying on