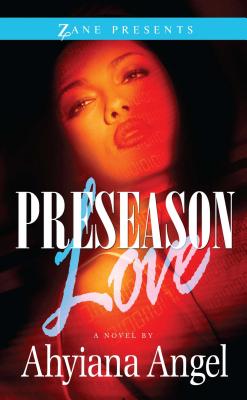 A new city, a loving boyfriend, and a professional athlete amount to a scandalous affair in this drama-filled debut novel told through the eyes of an emotionally conflicted sports publicist.

Scottie is a sassy risk taker who is not quite ready to deal with the pain of a failed relationship. On a whim, she uproots her life as an entertainment publicist in Los Angeles to move to New York City. Instead of attacking her relationship issues with the same determination that she uses in her professional career, she blocks out her unresolved emotions and starts a steamy romance with a handsome publicist named Kari.

When Scottie lands a highly coveted publicist position with The League, her unresolved relationship issues creep to the surface. Surrounded by sexy professional athletes, Scottie ignores Kari’s insecurities and allows herself to be lured in by the thrill of a weekend trip in the arms of a millionaire and star athlete.

But when things go awry and Scottie runs back to the loving arms of Kari, she’s hit with a numbing reality: Kari has secrets of his own, and Scottie isn’t the only one at fault. Before long, she is back in where she started, crushed and abandoned. Only now, she’s truly ready to be loved. Whose arms will she end up in—and what will be her final play in this crazy game of love?

Ahyiana Angel is a Cali girl who has turned the Manhattan streets into her playground. This sassy storyteller is a former sports entertainment publicist at the National Basketball Association (NBA). Ups and downs with dating, love, sex, and friendships inspired her to create a lane of her own with the popular blog “Life According To Her.” As a freelance writer Angel’s work has been featured on XOJane.com, SingleBlackMale.org, and ClutchMagOnline.com, among others. Angel has a Bachelor of Science in Business Administration and Marketing from California State University, Long Beach.
Loading...
or
Not Currently Available for Direct Purchase