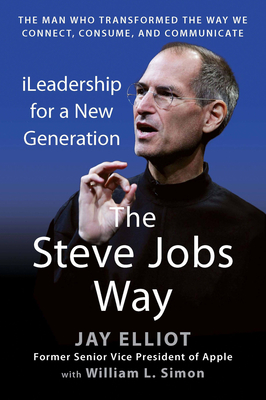 iLeadership for a New Generation

Former Senior Vice President of Apple Computer and close colleague of Steve Jobs throughout his tenure, Jay Elliot takes readers on a tour through Jobs's astonishing career. From the inception of game-changing products like the Apple II and the Macintosh, to his stunning fall from grace, and his rebirth at the helm of Apple as he developed the iPod, iPhone, and iPad, The Steve Jobs Way presents Jobs's leadership challenges and triumphs, showing readers how to apply these principles to their lives and careers.

Written with William L. Simon, coauthor of the Jobs biography iCon, The Steve Jobs Way is the "how to be like Steve" book that readers have been waiting for.

Jay Elliot has more than thirty years of operations experience with corporate giants like IBM, Intel, and Apple. He served as the VP of Apple, reporting directly to Steve Jobs. While at Macintosh, he helped Steve develop the Macintosh computer. During his tenure at Apple he created Apple TV and internal employee TV communication system, overseeing growth in sales from $150 million to more than $3 billion. He lives in California.

William L. Simon is the author of numerous New York Times bestsellers, including iCon. He is also the author, along with the "world's most infamous hacker" Kevin Mitnick, of the bestsellers The Art of Deception and The Art of Intrusion. He lives in Los Angeles, California.
Loading...
or
Not Currently Available for Direct Purchase