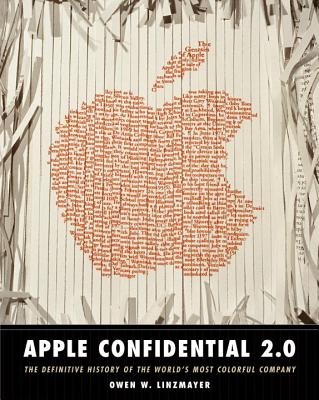 The Definitive History of the World's Most Colorful Company

Apple Confidential examines the tumultuous history of America's best-known Silicon Valley start-up—from its legendary founding almost 30 years ago, through a series of disastrous executive decisions, to its return to profitability, and including Apple's recent move into the music business. Linzmayer digs into forgotten archives and interviews the key players to give readers the real story of Apple Computer, Inc. This updated and expanded edition includes tons of new photos, timelines, and charts, as well as coverage of new lawsuit battles, updates on former Apple executives, and new chapters on Steve Wozniak and Pixar.

Owen W. Linzmayer is a San Francisco-based freelance writer who has been covering Apple since 1980. He has written four other Macintosh books including The Mac Bathroom Reader (Sybex). Owen's website is available at http://www.owenink.com/confidential.html.
Loading...
or
Not Currently Available for Direct Purchase