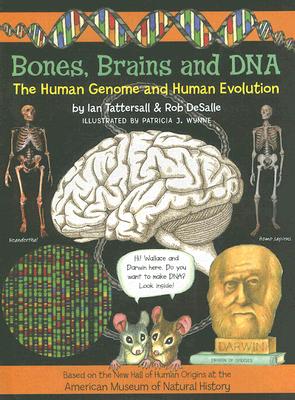 The Human Genome and Human Evolution (Wallace and Darwin #1)

Ian Tattersall is currently Curator in the Division of Anthropology of the American Museum of Natural History in New York City. Born in England and raised in East Africa, he has carried out both primatological and paleontological fieldwork in countries as diverse as Madagascar, Vietnam, Surinam, Yemen and Mauritius.Patricia J. Wynne is an award winning artist who lives with her husband, artist Donald Silver, in New York City. She works at the American Museum of Natural History and teaches numerous courses when she is not illustrating books. Her books are frequently on Book of the Year Lists in Newsweek, Smithsonian Magazine, Scientific American, Parade, New York Times Book Review and others.Robert DeSalle is a Curator in the Sackler Institute for Comparative Genomics at the American Museum of Natural History. He lives in New York in Alphabet City.
Loading...
or
Not Currently Available for Direct Purchase