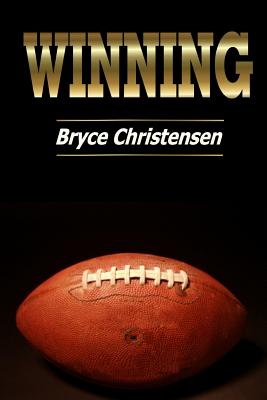 In the small town of Dilthon, Wyoming, high-school football is religion and the local football coach, Brad Porter, is god. But Coach Porter is a cruel and unforgiving deity, so fiercely determined to win that it frightens an aging uncle and aunt who were once his surrogate parents. After the death of his aunt snaps the last restraints, Coach Porter drives his vulnerable place kicker, Alasdair Pittman, to suicide. Yet when his recklessness costs his own son his life, Coach Porter plunges into turmoil that no gridiron victory can resolve. Groping his way towards a new life, Coach Porter turns to his war-scarred uncle for guidance-and redirects his energies to a sport devoid of glamour: cross-country running. However, neither Coach Porter nor anyone else in Dilthon ever expected the new sport to attract Alasdair Pittman's brother, Anson, an athlete needing help with far more than his stride. Who will win in this unexpected new contest? And what will winning mean?

A native of the Great Basin, Bryce Christensen has lived much of his adult life in the Midwest, where he earned his Ph.D. at Marquette University in Milwaukee, Wisconsin, and worked for a number of years in editorial and research positions at the Rockford Institute in Illinois. Since returning to the Basin in 1996, Dr. Christensen has taught English as a Second Language, writing, and literature at Southern Utah University. The author of Utopia Against the Family (Ignatius, 1990) and Divided We Fall: Family Discord and the Fracturing of America (Transaction, 2005), Dr. Christensen has published articles on cultural and literary issues in Philosophy and Literature, Christianity and Literature, Renascence, Modern Age, and various other scholarly journals. His poetry has appeared in The Formalist, Midwest Poetry Review, Tailwind, and elsewhere. His poems have repeatedly been anthologized. He and his wife, Mary, have three sons and one grandson. To learn more about Bryce, you are invited to visit his author website at: http: //www.authorbrycechristensen.com
Loading...
or support indie stores by buying on