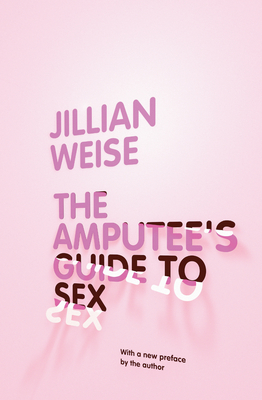 The Amputee's Guide to Sex

A paradigm-shifting collection about disability and desire, recontextualized with an introduction by one of our most provocative contemporary poets. When Jillian Weise wrote The Amputee's Guide to Sex, it was with the intention of changing the conversation around disability; essentially, she was tired of seeing cripples portrayed as asexual characters. The collection that resulted is a powerful lesson in desire, the body, pain, and possession. These poems interrogate medical language and history, imagine Mona Lisa in a wheelchair, rewrite Elizabeth Bishop's poem In the Waiting Room, address a lover's arsonist ex-girlfriend, and show the prosthesis as the object of male curiosity and lust. Publishers Weekly, in a starred review, called the book a "charged and daring debut" and described Jillian Weise as an agile and powerful poet . . . speaking boldly and compassionately about a little-discussed subject that becomes universal in her careful hands. In the years since its first publication, our culture continues to grapple with questions limned in this collection. In a new introduction, Weise revisits and recontextualizes her work, revealing its urgency to our present moment. What are the challenges of speaking for a community? How to resist the institutionalization of ableist paradigms? How are atypical bodies silenced? Where do our corporeal selves intersect with our technologies?

Jillian Weise is a poet, performance artist and disability rights activist. She is the author of The Amputee's Guide to Sex (2007), The Colony (2010) and The Book of Goodbyes (2013), which won the James Laughlin Award from the Academy of American Poets and the Isabella Gardner Award from BOA Editions. Her work has appeared in A Public Space, The Huffington Post and The New York Times and many other publications. Weise is the recipient of residencies and fellowships from the Fine Arts Work Center, the Fulbright Program, the Lannan Foundation, and the University of North Carolina at Greensboro. She is an Associate Professor at Clemson University.
Loading...
or support indie stores by buying on