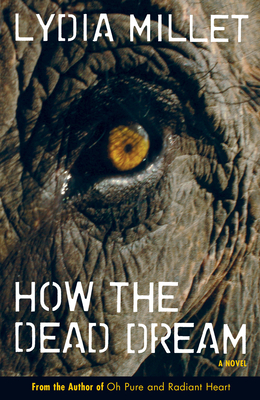 How the Dead Dream

T. is a young Los Angeles real estate developer consumed by power and political ambitions. His orderly, upwardly mobile life is thrown into chaos by the sudden appearance of his nutty mother, who's been deserted by T.'s now out-of-the-closet father. After his mother's suicide attempt and two other deaths, T. finds himself increasingly estranged from his latest project: a retirement community in the middle of the California desert. As he juggles family, business, and social responsibilities, T. begins to nurture a curious obsession with vanishing species. Soon he's living a double life, building sprawling subdivisions by day and breaking into zoos at night to be near the animals. A series of calamities forces T. to a tropical island, where he takes a Conrad-esque journey up a river into the remote jungle. Millet's devastating wit, psychological acuity, and remarkable empathy for flawed humankind contend with her vision of a world slowly murdering itself.

Lydia Millet has written more than a dozen novels and story collections, often about the ties between people and other animals and the crisis of extinction. Her story collection Fight No More received an Award of Merit from the American Academy of Arts and Letters in 2019, and her collection Love in Infant Monkeys was a finalist for the Pulitzer Prize in 2010. She also writes essays, opinion pieces and other ephemera and has worked as an editor and staff writer at the Center for Biological Diversity since 1999. She lives in the desert outside Tucson with her children and boyfriend.
Loading...
or
Not Currently Available for Direct Purchase